John Baulch, the owner-operator of Regional Vic Farm Services, was a farmer for 40 years before he established the business. He bred cattle and sheep and his years as a dairy farmer in particular gave him expertise in pasture management. He expanded and modernised his farm with whole farm planning and a significant tree-planting programme.

In 2006 John moved to the Kyneton area and studied Conservation and Farm Management at the Bendigo Institute. He joined the Baynton Sidonia Landcare group and has been an officer bearer in that organisation ever since. He is also part of the consultative committee of the Kyneton Woodlands project.

John set out in 2008 to undertake weed control work in and around central Victoria.

Working on weed control for Shires, Local government agencies and Landcare groups as well as many private property owners, RVFS has tackled some of the most difficult tasks in the area. These include de-gorseing a 6 km stretch of the remote Polmans Creek at Glenhope. 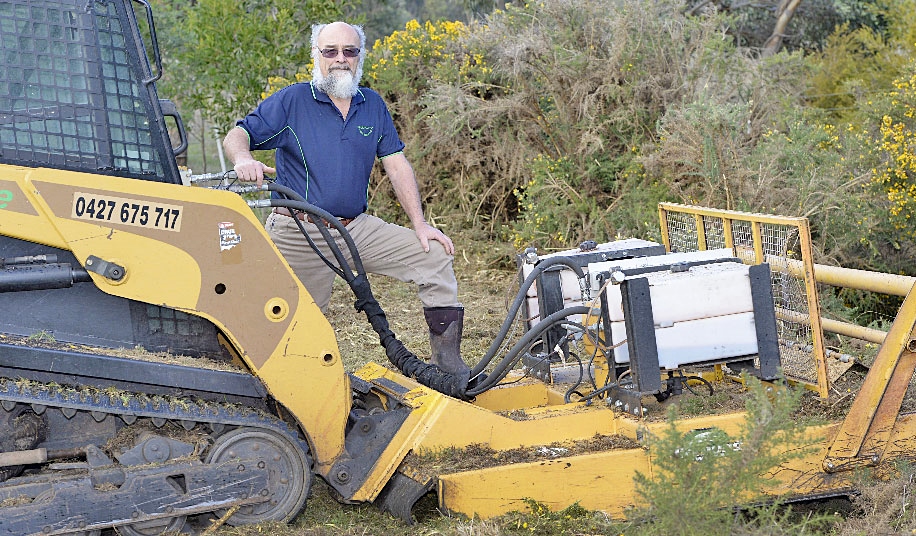 In 2013 RVFS purchased an EcoBlade. This machine has proven to be outstanding in large scale weed control work. It is the most advanced machine available for this purpose and John has been an industry leader in it’s use.

The EcoBlade was considered the only machine capable of controlling the boxthorn at the mutton bird rookery on Phillip Island in recent years and has been outstandingly successful in doing that. 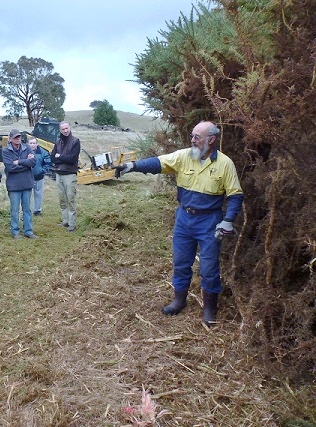 THE ECOBLADE IS THE MOST EXCITING DEVELOPMENT IN BROADACRE WEED CONTROL IN YEARS.

IT IS THE NEW GENERATION IN WEED CONTROL.

John has been a keynote speaker at many Landcare field days where he demonstrates the benefits of the EcoBlade. He also provides information about other weed control techniques available from RVFS.

If your Gorse, or other woody weed problem is too big for you to handle,
Regional Vic Farm Services – 5423 5151 can handle it for you info@gorsebusters.com.au